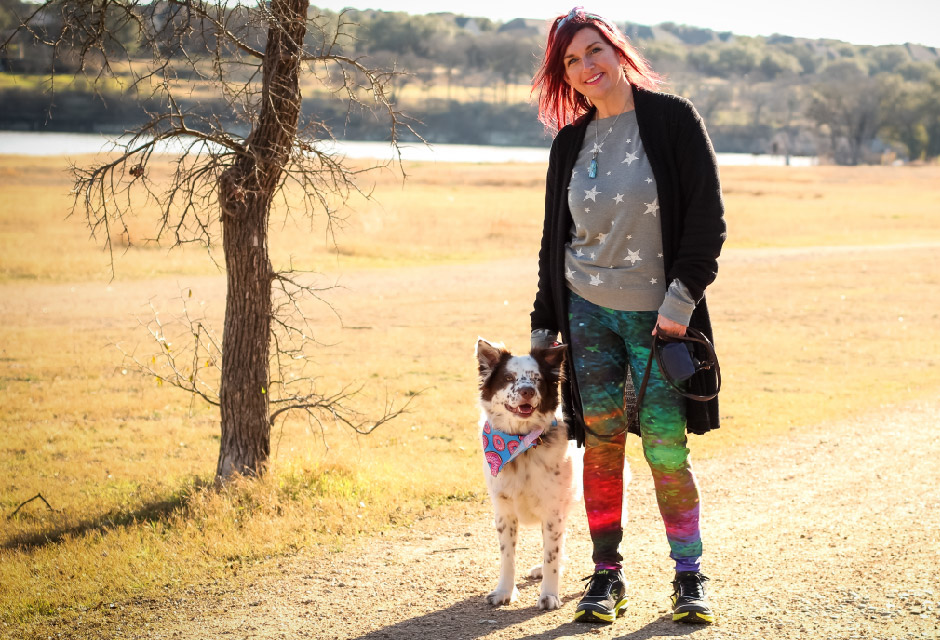 I am a compassionate, positive, spiritual soul who loves animals so much that in 2010, I decided to become a vegetarian. In 2019, I started transitioning to a vegan diet as a way of advocating for these precious beings who I believe feel pain and emotion as deeply as we do. My first puppy love with a Spaniel mix named Honey came into my life at the age of 5 and left this world when I was a senior in high school.

Originally from the Dallas area, I had a passion to relocate to Austin in 2012. I worked out of my home office as a Travel Consultant until 2015 before starting my career in the grocery shopping/delivery business, supervising a team of in-store shoppers. I had the privilege of being a pet mom to a beagle, Riley, and an American Eskimo, Loki. These puppy brothers were born 2 weeks apart, and they grew up together. They passed away a few months before their 12th birthday and within 2 weeks of each other in June of 2018, which was one of the saddest times of my life.

In 2017, My mother adopted the cutest black stray kitten found in a spare tire outside of my sister’s home. We instantly connected, and since my mother was taking care of my step-father during the last days of his terminal illness, I asked if I could take the kitten to live with my husband and me. I named her Shadow, and she soon bonded with her other cat sister Kali and her puppy brothers. After my dogs’ death, we rescued a Golden Retriever mix puppy that had been dumped on the side of the road in East Texas with 5 other siblings and named him Kodi.

In February of 2019, I separated from my husband and took Shadow, but she was never happy being away from her siblings or me while I was at work. 3 months later, I decided to let her visit her puppy brother and cat sister. She was so happy that I didn’t feel right about taking her back with me, and I decided to let her live there even though it was incredibly painful.

Now that I’m single and travel frequently, I’ve decided it’s not a great time for me to be a pet parent, so I’m channeling my passion for nurturing animals into pet sitting for other fur babies who need me. It is truly an honor for me to serve in this capacity, and I appreciate the opportunity!